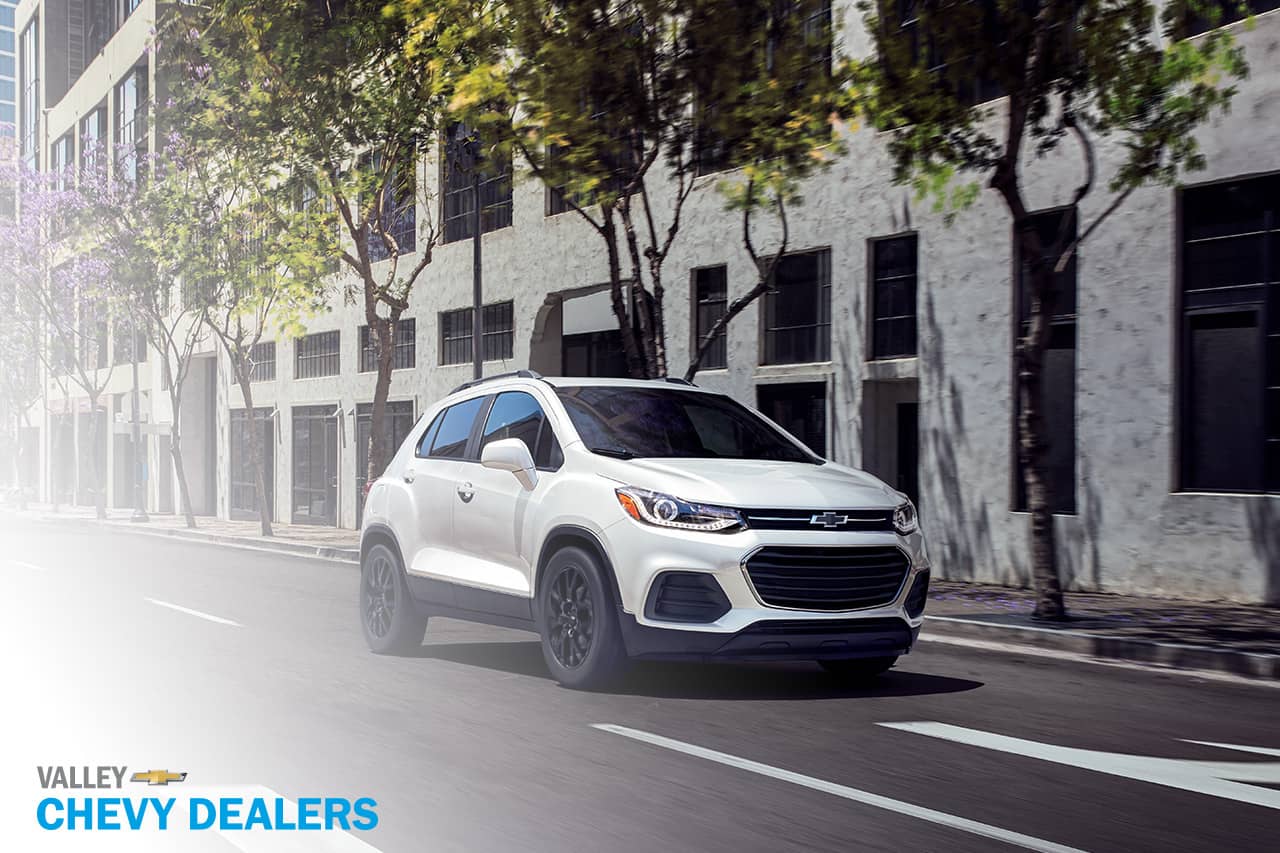 Both of these subcompact crossovers are industry leaders in their own right, highlighting the Chevy legacy of quality and innovation. Each one has its own distinct strengths, and it’s no secret that both have proven to perform exceptionally well.

But what are the differences between the 2022 Chevy Trax and the 2022 Chevy Trailblazer? And how do you know which Chevy crossover is best suited for your lifestyle, needs, and preferences? Let’s take a closer look at how these two Chevys compare to see which option is right for you.

Before we do a deep dive on the Trailblazer vs. the Trax, here’s a quick rundown of some similarities and differences between the two:

Whether you’re reading Chevy Trax reviews or feedback for the 2022 Trailblazer, you’re likely to see them both consistently described as sporty, compact SUVs boasting impressive versatility, comfort, and drivability. Essentially, you can’t really go wrong with either – but you might find that one flawlessly fits into your life, once you get down to the details.

Comparing the 2022 Chevy Trax vs. Trailblazer

From interior styling and tech to performance and power, each of the crossover SUVs from Chevy has key features to keep in mind.

Trax drivers can enjoy the reliability of a six-speed automatic transmission, and previous Trax owners will notice that the 2022 engine is more powerful than its predecessor. A nine-speed automatic transmission is standard in the Trailblazer, and you can take your pick from two engine options (a 1.2-liter engine with 137 max horsepower, or a 1.3-liter engine with 155 horsepower).

For both vehicles, Chevrolet aimed to prioritize efficiency without sacrificing fun. They are as nimble as they are practical, giving you the best of both worlds.

Of course, most drivers consider the interior of a vehicle just as important as its performance, and rightfully so. The Trax and Trailblazer excel at delivering maximum comfort, optimal space, and advanced technology, making even everyday drive an enjoyable experience.

Each crossover seats up to five individuals, offering ample legroom in both the front and back. The Trax has a maximum cargo volume of 48.4 cubic feet, and the Trailblazer is slightly more spacious with its 54.4 cubic feet. So, whether you’re packing up the family for a drive up to Northern Arizona, or just heading around the Valley to check some errands off your list, you can be confident that you’ll easily fit everything (and everyone!) you need and have room to space.

Tech-savvy features such as wireless phone integration (with Apple CarPlay and Android Auto compatibility), a touchscreen infotainment center, and a quality audio system set you up with all the must-have options in both vehicles. Additional options include keyless entry and ignition, USB ports, remote start, and Wi-Fi hotspots. If you really want to take tech to the next level, you can outfit your new Chevy crossover with the Technology Package.

Chevrolet is known as a leader in safety innovation, so it’s not surprising to see a variety of safe-centric features incorporated into both the Trax and Trailblazer.

Chevy Safety Assist is standard for the Trailblazer, providing advanced safety and driver assistance features such as Rear Park Assist, Rear Cross-Traffic Alert, Teen Driver Technology, and more. Both vehicles have Stabilitrack, as well as rear vision cameras to keep drivers and passengers as safe as possible.

Finally, let’s compare the exteriors of the Trailblazer vs. Trax. Both embody the sporty, modern aesthetic of the latest Chevy designs, with exterior paint colors, trim options, and finishes to suit any style. With the ability to personalize every detail of your Chevy, your brand-new crossover will be the car you can’t wait to show off.

If you’re debating between the Trax and Trailblazer, why not hop into the driver’s seat and take each one for a spin? Find the Valley Chevy Dealer nearest you to go for a test drive today!

Posted onPosted on May 17, 2022 by Valley Chevy
Have a Question or Comment?