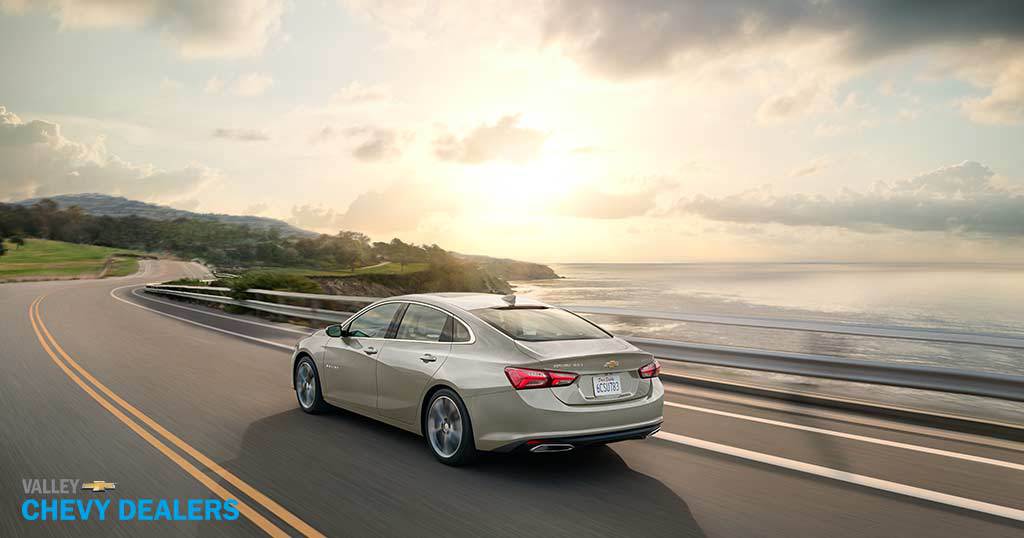 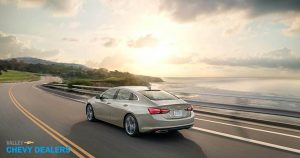 The 2022 Chevy Malibu is considered a middle-of-the-road type of sedan. It's the car your neighbors drive, the one your boss drives, and the one you see most frequently in the carpool lane on major United States highways.

The 2022 Malibu is a mid-sized sedan that has a sleek exterior and standard features under the hood, which makes it an excellent choice for people who want something that looks luxurious but without the extra bells and whistles.

This year’s lineup offers two four-cylinder turbocharged engines for consumers to choose from, a hybrid powertrain, and excellent suspension that provides secure handling and a comfortable ride. We’re going to look at how the 2022 Chevy Malibu stacks up against other vehicles in the fuel efficiency department. This guide will help you determine if the 2022 Malibu’s gas mileage and fuel efficiency are up to the industry’s standards and whether or not they’ll suit your needs.

Fuel Economy of the 2022 Chevy Malibu

According to Chevy’s specifications, the 2022 Malibu’s standard 1.5L Turbo 4-cylinder engine can do 29 Miles Per Gallon (MPG) in the city, a further 36 on the highway. They will do about 32 combined city and highway miles. To travel roughly one hundred miles in the new Malibu, you'll need about 3.1 gallons of fuel. The Chevy Malibu doesn't have a supercharger and isn't considered to be a gas guzzler.

The 2022 Chevy Malibu’s Hybrid version—which still carries a 1.8-liter inline four-cylinder engine—is expected to clock in with 44 Miles Per Gallon, as it did in 2021.

Chevrolet’s 2022 Malibu Hybrid actually has several trim options to choose from, and a total of four other trims are available that still use traditional combustion engines.

As a mid-range trim, the 2022 Chevy Malibu Hybrid has several advanced features, including dual-zone climate control and a touch screen, an 8-inch infotainment system with Apple Car Play, and Android Auto wireless compatibility.

The advanced safety technology features are also offered on the 2022 Malibu Hybrid as an optional package and include distance indicators, forward collision warnings, and front pedestrian braking. Other safety features such as lane change warning, blind-spot monitor, lane assist with departure warning, and advanced low-speed automatic braking are also available on the hybrid model trims for the 2022 Chevy Malibu.

The 2022 Malibu Hybrid has played host to several new improvements from previous years. Chevy has done so to compete with the other hybrid cars coming from competitor manufacturers. The 2022 Chevy Malibu Hybrid stacks up against such competitors as the Ford Fusion, Toyota Camry, and Nissan Altima. The price for the 2022 Chevrolet Malibu Hybrid will begin at around $30,000 for the standard models.

The latest Chevy Malibu has already been engineered to offer excellent fuel efficiency given how capable of a sedan it is, and there are several things you can do to conserve fuel even further:

The best way to truly understand what the 2022 Malibu will give you for every gallon of gas is to drive it for yourself. You may not turn heads while you’re driving through downtown Phoenix, but the amount of money you’ll be saving on using the new Malibu as your daily driver will be something to lust after. After you’ve taken it for a spin and you’re returning to the dealership lot, look at just how little the fuel gauge has moved.

Mesa, AZ
See your Participating Valley Chevy Dealer. Pricing does not include tax, title, license, and doc fee. See dealer for details.
Your health and safety are of the utmost importance to us. Learn what we're doing in response to the COVID-19 pandemic. LEARN MORE
+